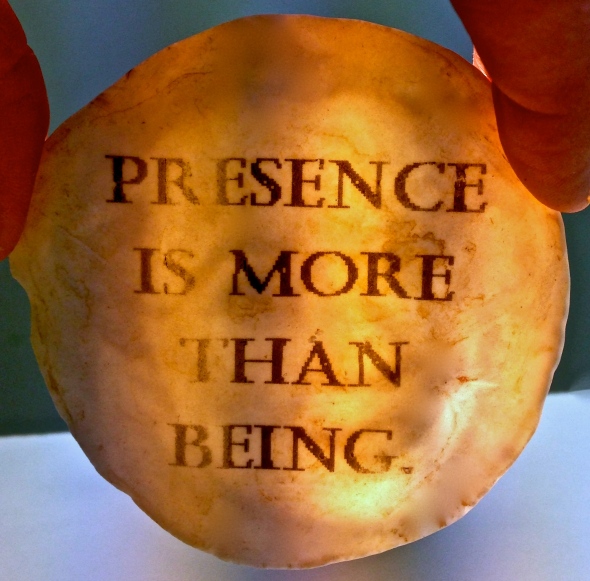 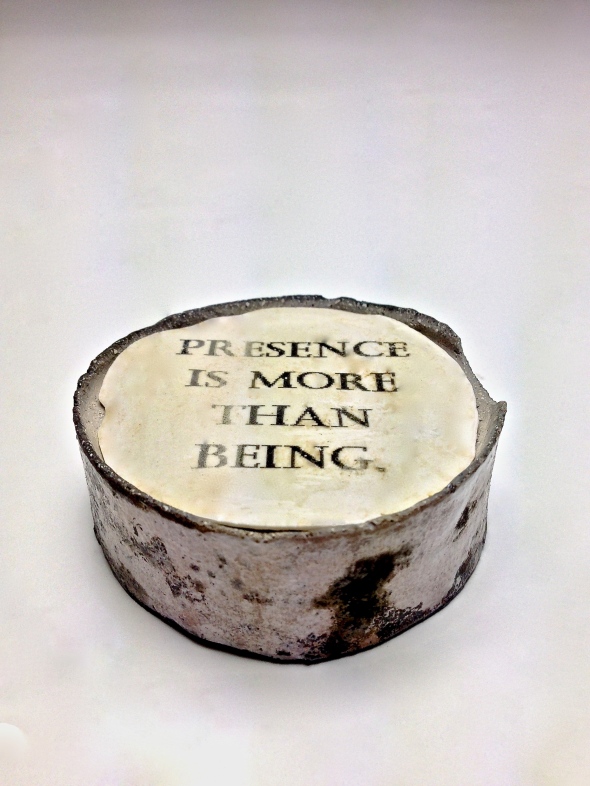 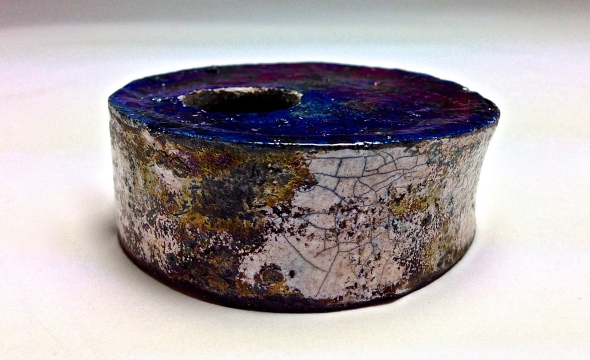 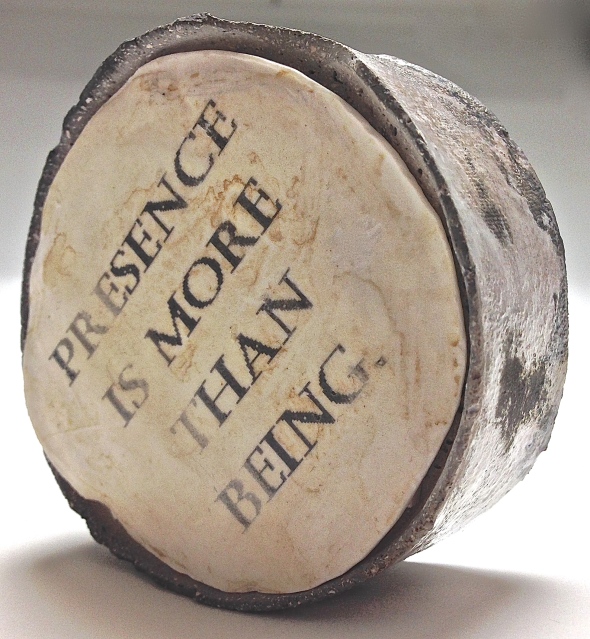 The final medal and ardunio housing. After a struggle to get the two to fit, I have managed to create a lithopane that allows light to travel through and housing for an arduino that fits the heat sensor, ardunio and medal.

The  inspiration for this piece came from the “Mabinogion” and the film “Hedd Wyn”, which is about the Welsh poet Ellis Humphrey Evan’s life and experience in the first world war. Arianrhod is a Celtic deity who is associated with the moon and fertility, she features in the collection of stories – The Mabinogion. She also appears in the film Hedd Wyn as an apparition in the moon, when he is in times of need. The medal is an object to be held and cherished, and I have attempted to reflect this in the worn look I have achieved through over-firing the transfers and creating a raw feeling edge on the medal. It is an object that has been tossed in the hand over years. I feel that the ardunio housing would be an addition to this keepsake. It creates somewhere for the medal to be displayed and also allows the medal to be lit and the apparition of the face to be seen without holding it up to the light. The housing for the arduino, although made to seem like an addition of the medal has been made using an old technique called Raku. Raku means enjoyment, comfort or ease when translated which is also fitting for the use of the artefact.